If you can identify any of the individuals in these photos, please send me a note with the information using our contact form.

(D) = Definite (More than two people have identified this individual)

(L) = Likely (Two People have agreed on this identification)

(P) = Possible (One person feels that this is a possible identification)

(O) = Optional (Could be one of two or more individuals)

(U) = Unknown (No identification offered for this person) 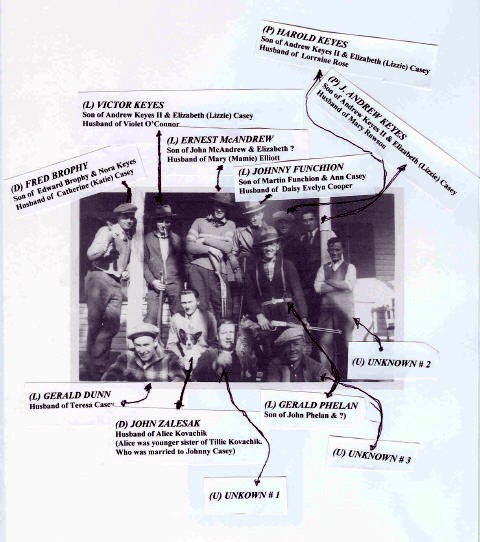 Unknown # 2 – Catherine (Brophy) Sloan, has identified “Unknown # 2” as Peter Kovachik, he was the brother of Tillie Casey and Alice Zalasak (whose husband, John is also in the Photo)

Some notes from Claude Bourguignon on this photo:

Larger version of the same photo 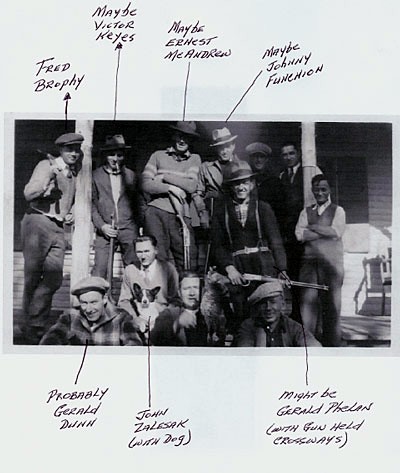 Looking to identify this individual believed to be from either the Whelan or Mooney clan from St. Columban or Montreal area. Taken by photographers L.E (Louis Elie) Desmarais & Cie, 17 St. Lawrence Street, Montreal. It's thought the photo was taken in the late part of the 1800s due to the period dress and the known existence of this studio in this time period. According to local city directories the photographer lived or operated in Montreal around 1877 up to the early 1900s. Records indicate he operated at different addresses on St Laurence Street but moved from number 14 to number 17 sometime in the early 1890s. Please contact Jeff Legault if you think you now the identity of this individual. jeff.legault@rogers.com 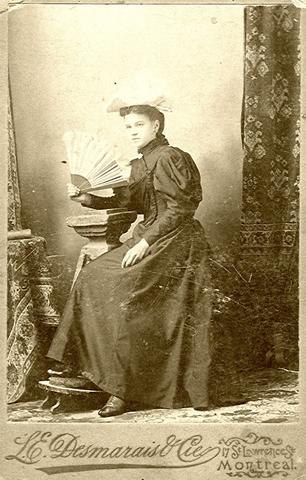